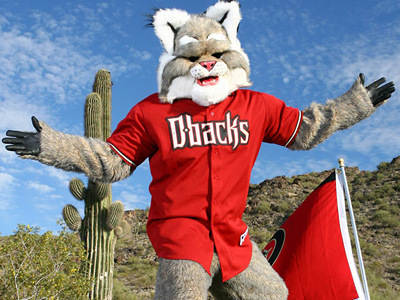 The Cubs will stay at Wrigley Field this weekend, to cap off what has – so far – been an exciting, successful home stand.

And they’ll look to finish strong against the scuffling Arizona Diamondbacks, with some nice afternoon baseball all weekend (three straight 1:20 starts, is there anything better?)

I’ll be at the game today, so if you see me, say hi! I’ll also be participating in the world’s largest game of flippy-cup for charity on the field, after the game.

Word is, each team will have a captain from the Cubs; I’m fingers crossed for Anthony Rizzo, Jorge Soler or Javy Baez. Who would you want as your team’s captain? Experience of David Ross? Youth and vigor of Addison Russell? [Brett: I believe I saw somewhere that it’s gonna be Ross and Jason Hammel. Seems like Hammel would be at a serious disadvantage because he’s so tall. I was a stud flip-cupper back in the day, and I attributed it all to my … limited stature.]

The Cubs (37-15) have won six of their past seven games as well as three straight series against the Cardinals, Phillies and Dodgers. They also have a commanding 8.5 game lead over the Pittsburgh Pirates (10 games over the Cardinals) in the NL Central, which is by far the biggest lead in baseball. There was a tough stretch a couple weeks ago, and there’ll be another, but the Cubs are looking quite strong once again.

The Diamondbacks (24-32), on the other hand, are having a rough go of it since the beginning of the season. What was meant to be a big year for Arizona has quickly turned into a nightmare. A.J. Pollock began the season on the disabled list, Shelby Miller and Zack Greinke have been struggling (Miller in the extreme), and just about anything else that can go wrong has. They just lost three out of four to the Astros and are 3-7 in their last ten.

The Chicago Cubs starting pitching has been good. There’s not much else to say. Take today’s starter, John Lackey, for example. In his last six starts, Lackey has gone 6 innings once, 7 innings three times, and 8 innings twice (43 innings total). Even if he was putting up just mediocre earned run averages, that would be useful in terms of helping out the bullpen, but he’s got a 2.09 ERA during those six games, as well as a 25.0% strikeout rate.

Jake Arrieta is Jake Arrieta. He was excellent last time out against the Dodgers and now sports a league-leading (well, tied with Clayton Kershaw) 1.56 ERA. He’s struggled with his command a bit early on, but the results are mostly still there.

Which brings us to Jason Hammel. The first question mark of the starting staff (though not because of his performance). Last time out, Hammel lasted just 2.0 innings due to left hamstring cramping that forced him out of the game early. In 2015, Hammel experienced something similar and even though he returned without really missing a start, he was never quite the same. I’m anxious to see how he does, but am remaining cognizant of the fact that any one start can go poorly for any number of reasons. We’ll have to wait a few weeks to see if this cramping will have a broader, deeper impact on his season.

Ben Zobrist got the day off yesterday, after striking out in four out of six plate appearances from Tuesday to Wednesday. His production lately has still been tremendous, though, as his last ten games look like this: .378/.425/.541. The walk rate is way down over that stretch (7.5%) and the strikeout rate is way up (25.0%), but both of those rates are perfectly acceptable, even though they are very uncharacteristic of Zobrist.

And we can’t keep forgetting to talk about Kris Bryant. In his last nine games, Bryant is slashing .324/.395/.676 with four home runs! The weather’s heating up and so is he. On the down side, Anthony Rizzo is slugging just .367 over his past ten games, and has just one home run since May 15. However, that home run came yesterday, so maybe that’ll be the spark he needed to really get the season going.

The D-Backs pitching has been their kryptonite this summer. Their team 4.76 ERA is fourth worst in baseball, and remember, that’s after they added Zack Greinke to a $200+ million deal and traded a heckuva lot (that’s an industry term), for Shelby Miller. Even Patrick Corbin, whom the Cubs will see on Sunday, has had his moments in the past, but has been pretty terrible in 2016.

The Diamondbacks offense has been fairly good, though, as they have the ninth best OBP (.327), sixth best SLG (.435) and eighth best wOBA (.328), overall. The always good, usually underrated Paul Goldschmidt, for example, is slashing .263/.419/.468 on the season, thanks to a 20.3% walk rate (!). Funnily enough (for us, at least), that insanely good OBP is just sixth best in all of baseball … and also behind two Chicago Cubs – Ben Zobrist and Dexter Fowler – who lead the pack.

The other big hitter for the D-Backs, so far, has been Jake Lamb. Lamb is slashing .277/.361/.531 with nine home runs in his 202 plate appearances this season, and has been especially hot lately. Since May 12, Lamb is slashing .292/.370/.585 with five home runs. If the Cubs can keep it away from these two, though, I’d say they stand a chance this weekend. But with the weather looking good all weekend, I say just slug it out.

My (figurative) money’s on the Cubs coming out on top.