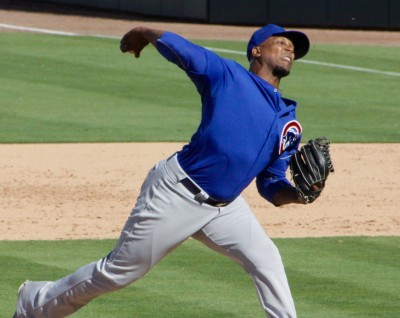 I’ll be headed to Chicago tomorrow, and will be at the game in the bleachers on Friday. If you see me in right field, come say hello. Or join me. I like friends. Michael is also going to Friday’s game, I do believe, though I realize now as I’m typing that I don’t know if he’s going to be in the bleachers. Hey, Michael, where are you sitting Friday? Wanna split some nachos?