Cubs Minor League Daily: The Cubs Player and Pitcher of the Month for June Skip to content 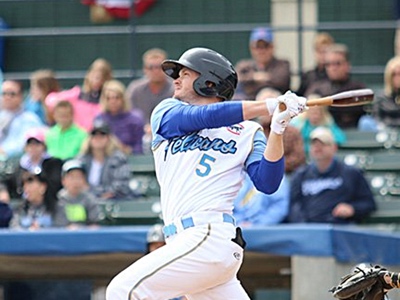 Yesterday, even though it was a holiday, the Cubs named their minor league Player and Pitcher of the Month for the month of June.

The Player of the Month will be no surprise. Ian Happ, recently promoted to Tennessee, adds yet another piece of hardware to his already somewhat crowded mantle. Between his two June levels, Happ hit a combined .422/.500/.699 with four homers and five steals. Now that Willson Contreras has moved to the major leagues, Happ looks like a very strong candidate for the best overall prospect in the organization when the list are re-ranked mid-year. If we take out players in Chicago, that honor comes down to Gleyber Torres or Happ.

Preston Morrison with South Bend picked up Pitcher of the Month honors. Morrison has flown under the radar for a lot of Cubs fans since being the team’s 8th round pick out of TCU last year, but since then, all this guy has done is quietly get batters out. In June he pitched 32.2 innings over five starts, compiling an ERA of 0.83 in the process. He struck out 26 in that span. For the season his ERA is a very good 2.68. If he continues pitching like he has in June, Morrison should be a candidate for promotion just as soon as the Cubs find an opening at a higher level.

Double A: Tennessee Smokies
Tennessee 4, Jackson 3
By the end of the second the Smokies were done scoring, but the pitching made those runs hold up.

Short Season A: Eugene Emeralds
Eugene 7, Everett 5
The offense was quiet early, but woke up with a five run sixth.