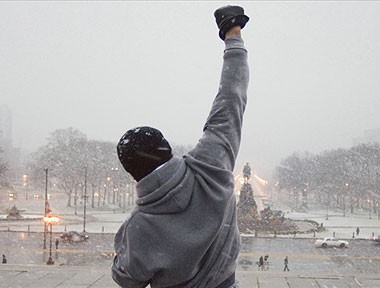 Every year, I find myself wanting to lead with the same thought: it’s a shame that the Blogathon saps me of maximum eloquence at the time I need it most. After 39 hours, I owe you so many thanks, and I know I won’t quite have the capacity to express it fully.

For donating so generously to a worthy cause like Make-A-Wish: THANK YOU!

Your efforts put us over $21,000, and sponsored more than three wishes for children and their families who deserve and need an incredible experience.

For participating so joyfully throughout the 39 hours of the Blogathon and lifting my spirits throughout: THANK YOU!

It’s possible that I could survive this stunt without having a community of folks surrounding me at every turn, but why would I want to? It would be nothing like this was – light, fun, thoughtful, engaging. Yes, a little hard at times. But ultimately, your comments, your tweets, your messages, your pictures – and especially getting to share last night’s crazy game with you all as part of the experience – I feel rewarded in a way I’m not sure I deserve.

As for the baseball action, yes, at times it was agonizingly slow during the Blogathon. We got off to a hot start with the Andrew Miller traded and the originally-agreed-upon-and-ultimately-vetoed Jonathan Lucroy deal yesterday morning, and then it was a whole lot of silence. Not even many rumors or whispers. (Once again, thank goodness for that game!) But today was a different story, as a cascade of deals came down within the final hour or two of the deadline, and I know I missed some of note in the process.

For their part, the Cubs did not come away from trade season empty-handed. Although they addressed their biggest need in the two weeks leading up to the deadline, first acquiring Mike Montgomery from the Mariners and then Aroldis Chapman from the Yankees, the Cubs added another reliever today in Joe Smith. We’ll talk more about him in the coming days as he arrives and integrates into the bullpen, but the short version is he’s a formerly great reliever who now primarily is simply good at getting righties out via the groundball.

What all of this was really about, though, once again …

I want to thank you all so very much for your part in this Blogathon. From the moment I announced the fundraiser benefiting Make-A-Wish, you overwhelmed me with support. Together, we raised over $21,000 this month to make wishes come true – to give a special experience to children who really need something to enjoy. Hopefully we’ll have reached a young Cubs fan or two along the way. Good on you.

You also donated enough to force me to do all things bloggy for 39 hours straight (and based on how long it’s probably going to take me to finish this post, it’ll be a hair longer), and to do much of it from places around Wrigleyville and Chicago.

49. In case you missed any of those 49 posts, you can stroll on over to the home page, and flip backwards through them all.

So many Periscopes! You can scroll back through my Tweets to find them, or find @BleacherNation on the Periscope App on your phone.

Total Snaps During the Blogathon:

They disappear after 24 hours, so I have to estimate a little bit. I know it’s more than 40.

Total Locations Where I Blogged:

15 – Home base, Belmont Harbor, Lake Michigan wall, Montrose Beach (and also in Lake Michigan), Lakefront Trail, Ann Sather, On the L, the Crown Fountain, the Lurie Garden, the Bean, Chipotle (I had to at one point), in the Right Field Bleachers, the Marquee, the Ernie Banks statue, under the Left Field Bleachers.

One: the Joe Smith trade.

A touch more than last year. Maybe that’s why I was perkier through the night this time.

Total Times I Lost My Mind During That Crazy Cubs Win:

Far more than I captured on video, but here are three of them:

What the #BNBlogathon is really all about. Thank you for what you've done. pic.twitter.com/iP1NeTFmjU

Thank you all again, and I’m gonna lay down and melt. Michael’s got you covered for tonight’s game (not necessarily an EBS, but something lovely), and then the Bullets in the morning. I should be back on the grid by the mid to late morning, if all goes according to plan.