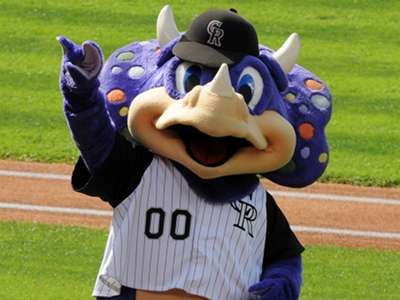 Well, you can’t say the Chicago Cubs didn’t take complete and full advantage of their cozy home stretch of baseball after the All-Star break.

Now they’ll head out for a tour of the NL West, starting with the Colorado Rockies at Coors Field, followed by the the Padres and Dodgers.

Kyle Hendricks will kick things off this weekend will and look to keep the ball on the ground and out of the stands of Coors Field.

Like I said, the Chicago Cubs (77-43) have taken full advantage of their extended near-home schedule since mid-July. Dating all the way back to the break, the Cubs have gone 25-8, still absent a series loss. They are 13.0 games up on the Cardinals in the NL Central and have their eyes dead set on the playoffs.

The Colorado Rockies (58-63), on the other hand, will probably miss out on October baseball. Although they just took a series from the Washington Nationals, they were recently swept by the Phillies and dropped three out of four to the Rangers before that. They are 9.5 games back of the Dodgers in the West.

Kyle Hendricks has been one of the best pitchers in baseball this season, and his last start was no exception, but you already knew that as we’ve discussed his starts a lot around here lately. Instead, let’s focus on the jump-in pitcher for this series, Mike Montgomery.

Despite finding most of his success out of the bullpen, Montgomery has made a couple of starts, already this season. In fact, his last two appearances with Seattle (before the trade) came as starts. In those two games, Montgomery lasted 11.1 innings, allowed just four earned runs (3.18 ERA), on twelve hits (.267 AVG) and two walks (4.2% walk rate), against ten strikeouts (20.8% strikeout rate). He did allow a home run in each start, but it’s hard to argue with those sort of results from a swing-man. If, like Trevor Cahill before him, Montgomery can give the Cubs 3-5 clean innings, you’d be thrilled to accept it.

Kris Bryant is now tied with Nolan Arenado at 30 homers, the most in the National League. My guess is the two are not tied when this series ends.

When the bases are empty, Addison Russell has a meager 75 wRC+. But when runners are on base (117) and/or in scoring position (109), he ratchets up the performance.

The Rockies starters have been just better than average this season by fWAR, but have not gotten exceedingly great results (4.91 ERA). That said, the Cubs will miss their most valuable starter, Jon Gray (or, almost Kris Bryant), as he just recently pitched on Wednesday. They’ll also miss Tyler Chatwood, Saturday’s originally scheduled starter, as he heads to the 15-Day Disabled list with a back issue.

Instead, they’ll get Tyler Anderson, who was recently blown up by the Phillies, on Friday a replacement pitcher on Saturday, and Jorge De la Rosa, who was just blown up by literally everyone, on Sunday.

On December 8, 2011, the Chicago Cubs traded DJ LeMahieu and Tyler Colvin to the Colorado Rockies for Casey Weathers and Ian Stewart. Since then, LeMahieu has been a Gold Glove Award winning second baseman and an All-Star.

And this season, well:

Yup. And while his defense isn’t quite grading out as “Gold Glove,” anymore (by the advanced metrics, at least), he’s still been about a 3.0 WAR player already. That said, his home/road splits are quite stark. At home, LeMahieu is hitting about .400 AVG with a ridiculous .464 wOBA and a 160 wRC+. Away from Coors, LeMahieu is hitting .283 with a much more pedestrian .309 wOBA and 89 wRC+. His slugging percentage seems to have really benefited from Coors, as there is a 232 point difference between his .611 home SLG and his .379 SLG on the road.

Where is this series again?