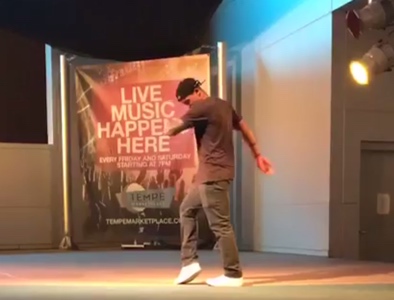 Addison Russell is blowing up with the bat – he homered again last night in the Cubs’ win over the Padres – but you already knew that, and also, we’ll get to that later.

I suppose you also already knew that he was ridiculous with the glove, but he hasn’t had as many occasions to show it off this year as last year. I say it that way because it occurs to me that making absurd, flashy, ridiculous plays is as much a product of having the ball struck in such a way as to give you an opportunity to make a play as it is a product of you having the ability to make that play. This year, I guess Javy Baez has been hogging all the crazy play opportunity joojoo (he did it again last night, too, in fact).

But last night, the defensive play of the game – in a game that featured several, actually – had to be this diving stop by Addison Russell on a ball that was hit so hard (110mph) that it might have reached the wall if Russell hadn’t stopped it:

That ball was on Russell before he really would have any chance to think and react on a conscious level. That’s just a freak athlete letting his body take over after years and years of refining. Oh that’s a hit? Nah. It’s in my glove now.

On a per-game basis, the advanced defensive metrics think Russell was a bit better at shortstop last year than this year, but it’s always important to remember that even a full season’s worth of advanced defensive metrics can be pretty fuzzy. And, setting that aside, it’s not like Russell’s been rated as anything but excellent this year. His UZR/150 is top 10 in baseball at shortstop, and his 14 DRS are tied for third with Andrelton Simmons.

Addison Russell: very, very good at defense. With moves like this, it should be no surprise that he’s smooth.