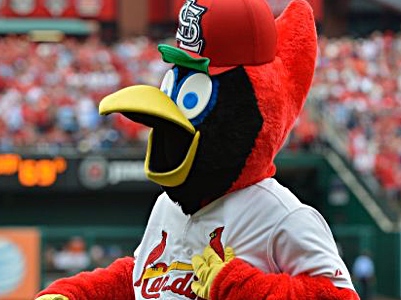 And it’s also the Cubs’ final home series at Wrigley Field. Of course they are also guaranteed to play at least a couple more games at Wrigley after Sunday, but let’s hope it becomes much more than that.

Today also marks the return of Pedro Strop, expect him too get five or so innings before the regular season is up.

The Chicago Cubs (97-55) just swept the Cincinnati Reds for the bajillionth time this season, matching their win total from 2015 with ten more games left to play. The magic number for best record (and all of the associated playoff perks) is down to 2.

Since the St. Louis Cardinals (80-72) lost two out of three to the Cubs a week back, they split their series in San Francisco and took two out of three from the Rockies. They also had an off-day yesterday, so they’ll be coming in rested and with a lot to accomplish. They are currently the odd man out, 0.5 games back of both the Mets and Giants for (one of) the Wild Card(s).

But, after dominating for most of the year, Edwards finally ran into some serious trouble against the Brewers. In his inning of work, Edwards allowed 3 earned runs on 3 hits (2 HRs) and a walk. It happens. Besides one other appearance against the Cardinals in early August, that is the only time he allowed more than a run all season long. In fact, Edwards has only allowed a run in six of his 31 appearances this season. Since the Brewers game, Edwards rebounded with a mostly clean inning against the Reds.

The month of September has been all about resurgence for the lefties on the team. Check out the production from four of the Cubs left-handed hitters in September (last X plate appearances):

Each stretch of improved offensive production comes over a relatively short period of time, but were nearing a point in the season where one hot streak – timed just right – can completely define a player’s season. So, while I am well aware of the fact that Heyward, for example, has had pockets of improved performance before, I’ll urge you not to dismiss the most recent one.

After being suspended for the first 50 (Minor League) games of the year, Alex Reyes has finally been up with the St. Louis Cardinals for a good, long stretch – let’s see how he’s done … uh oh, he’s been pretty good.

He’ll start opposite Jason Hammel on Saturday, and the Cubs will have to be patient if they want to beat him. [Brett: Of course, last time they WERE really patient against him and still couldn’t score.]