Showing Love for Grandpa Rossy and Other Bullets Skip to content 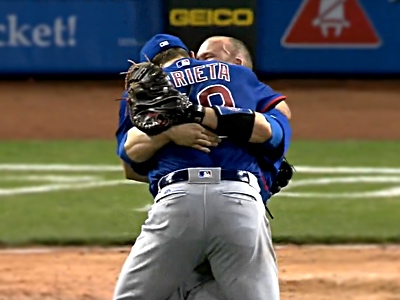 In the interests of a speedy recovery – I got kids to chase, and impending playoffs to attend – I found myself at the doctor this morning for a closer inspection of my ankle. Twisted it on Wednesday, started to feel pretty good by yesterday after resting/elevating/icing/crutches, woke up this morning and it felt worse than it did right after I hurt the dang thing. So, then, doctor time (where I wrote half these Bullets). There is no break, so that’s good. There also doesn’t appear to be any massive instability – which you’d associate with serious ruptures – or pain high up in the leg. So, it seems like it’s still a pretty run-of-the-mill ankle sprain, the pain of which today was probably because I pushed it too much yesterday – should have just put me on the DL right away. I’m back to resting it as much as I can, but it’s tricky because we have three kids, one of whom is a baby we just had last week! Timing is fun.

In theory, I can be back to something approximating normal within a week. Fingers crossed. Game one of the NLDS is in 13 days.

To an amazing teammate and an even better person.

.@ARizzo44 walks out to "Forever Young" to honor @D_Ross3 before his first at-bat. #YearLongRetirementParty pic.twitter.com/5Ls1SnxndI

Tim McCarver on Willson Contreras: "He plays hard, runs hard. And it's a shame that he stands out [because of it]." #Cubs