Home Runs in the Playoffs, Sosa's PED Past, a Dicey Batting Champ, and Other Bullets Skip to content 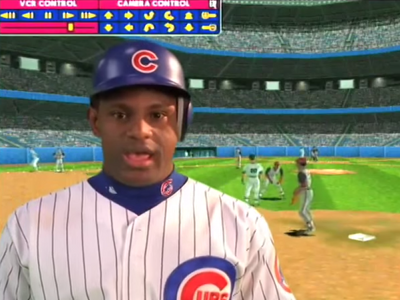 It could always take a step back after the pilot, as many shows do, but I thought the first episode ‘Westworld’ was freaking awesome. It set things up, it played with our expectations, it set the mind spinning about the possibilities for that world and the future of the show … I am so in.

As I mentioned in this space a couple weeks ago, I was already predisposed to be into this show because of the folks running it and the incredible cast, but that premier definitely met my already very high expectations.

Mets or Giants? Jake Arrieta: "Who gives a s—?"

OFFICIAL: Rick Renteria has been named the new manager of the Chicago White Sox. pic.twitter.com/cRv7or3Icf

Of the players likely to be on the #Cubs playoff roster Willson Contreras has been in the org the longest. Signed as an IFA in 2009.