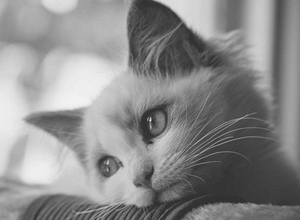 Ah, those halcyon days of yore. When the Cubs were so far out of a playoff race by mid-September that the mind starts to battle itself, cheering for the Cubs to do well, but also maybe not win so many games that their draft position the following year was seriously harmed.

The Cubs “clinched” the last pick in the the 2017 MLB Draft* a couple weeks ago, but the reality is that they’ve had that baby more or less locked up for more than a month. Know how many times I’ve thought about it? Zero times.

It’s fun to dream on draft position when your club is rebuilding, but, frankly, this is more fun.

But, the regular season is now over, which sets the initial draft order for 2017, and we can view and discuss the teams and the records:

If the Cubs hold onto their selection, even though it’s last, it’ll still be far higher than they selected in 2016 (thanks to signing Jason Heyward and John Lackey, the Cubs didn’t pick until the 3rd round (104th overall, Oklahoma State’s Thomas Hatch)).

Hey, look at that top ten! The Twins were going to get the top spot for a good long while, but the next six spots all came down to the final day of play. Remarkable.

The Reds should be thankful for yesterday’s blown save and comeback Cubs win – without it, they’d have been picking 6th. As it stands, they now get the much more valuable 2nd selection, which comes with a much larger bonus slot and a much higher hit rate.

And woo hoo for the Diamondbacks’ walk-off win to cap an otherwise horribly disappointing season, right? Er, well, that win dropped them from picking 3rd all the way to 7th. Worth it? Probably not.

The Pirates get a small consolation for their brutal season, picking 13th next year. The Brewers round out the NL Central, picking 9th. Watch out for them in the next three years, my friends.

(The Pirates finished a half-game worse than the White Sox because of their tie with the Cubs, but even if that game had been played and the Pirates had lost, they wouldn’t move up by virtue of the better-record tiebreaker from 2015.)

These discussions are always a bit awkward, because while we approve of rebuilding strategies that straddle the line of “tanking,” we definitely don’t approve of teams actively trying to lose at the end of the season just to improve draft position. Yet another reason I’m glad the Cubs aren’t even involved in these conversations these days. May they never be again!

… OK, that’s not realistic. Some day will come that the Cubs are near the bottom of the league in the final week, and we find ourselves wondering where they’ll land in the draft the following year.

*Subject, of course, to draft pick compensation (which is, itself, subject to changes to the Collective Bargaining Agreement, which expires after this season). It’s possible the Cubs won’t wind up making their first selection after 29 other teams next year – they might not pick at all in the first round – but for today’s purposes, their spot is set. 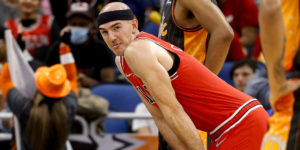 Dak Prescott Praises Fans … for Throwing Trash at the Referees?