The 2016 Cubs Versus History - How Good Are They, Really? Skip to content 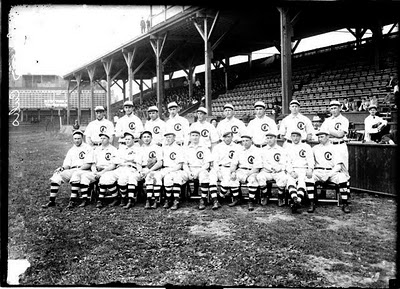 There have, of course, been a number of familiar narratives and storylines this season, as the Chicago Cubs prepare for their most anticipated October in recent memory, but the most commonly refrained idea/notion/word about the 2016 has certainly been “Historic.”

And while a number of these trends/statistical occurrences are legitimately historic (as in, they rank among the best in the history of the sport), the liberal use of the word (even when justified) has diluted it’s meaning and impact.

Well fear not, because Jeff Sullivan of FanGraphs (son of Saber-metrics, the first of his name) has taken a statistical dive into the Cubs’ historic 2016 season by three different measures (winning percentage, run differential, and OPS differential) to see precisely how well they stack up. As you can imagine, it’s well worth a read.

Using the Baseball-Reference Play Index, Sullivan was able to dig up information on more than 2,200 teams dating back to 1913, and by the three separate measures he put forth, the historic narrative passed the test. While the 2016 Cubs’ winning percentage fell within the top 3% since 1913, their run differential and OPS differential were in the top 1% (occupy them!) – suggesting that they were actually a bit unlucky and should have won a few more games (even though they were already in the top 3%).

But Sullivan didn’t stop there.

Although the numbers bore out his hypothesis that the 2016 Chicago Cubs were a historically good team, the numbers actually sell them a bit short. The overall rankings, Sullivan suggests, doesn’t do enough to capture their performance relative to the rest of the league. So, he used a deeper analytical dive (you can read more about his methodology in the article), to really drive home the Cubs’ relative greatness on an historical scale. As you can imagine (or, more likely, hoped!), this painted the Cubs in an even brighter light.

There’s a lot more in the article that you should really check out – including the 2016 Cubs maintaining one of the biggest differences between the first best (them) and second best (Red Sox) team since 1995 – so be sure to head over for a good time. The Cubs may not be the single best team in baseball history, but it is sure looking like they’re one of them.

Speaking of the Cubs and history, once you’re done with Sullivan’s piece, if you haven’t seen the new Sports Illustrated cover, check it out.