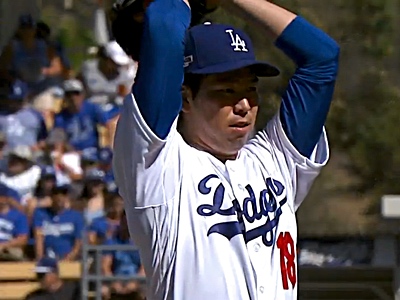 Having already started in this postseason multiple times on short rest, and pitched out of the bullpen in between starts, my thinking on Clayton Kershaw’s usage for the rest of the NLCS was going to look like this: if the Dodgers were on the brink of elimination in Game Five, he’d make that start on short rest. Otherwise, they’d save him for Game Six on normal rest.

The Dodgers won last night, ensuring that there will be no “or else” in Game Five for the Dodgers, and manager Dave Roberts announced that, sure enough, Kershaw is going to stay on normal rest:

Dodgers manager Dave Roberts say there are no circumstances in which Kershaw would pitch tomorrow. It's Maeda on Thurs.

Dave Roberts said Clayton Kershaw will not pitch Game 5. He avoided using the phrase "absolutely not."

The subtle caveat in there from Andy McCullough? That’s because Roberts previously said that Kershaw would not pitch out of the bullpen in Game Five of the NLDS … until he did. That came because of Kershaw’s pushing, and obviously the situation here is slightly different, since the Dodgers cannot and will not be on the brink of elimination in Game Five. Thus, I’m a little more inclined to believe Roberts this time around. But we’ll see.

If Kershaw does go in Game Six, he’d be facing Kyle Hendricks again at Wrigley Field, with the series at 3-2 (one way or the other). There is no day off before Game Seven, so it’s hard to see Kershaw pitching a full game one day and then pitching out of the bullpen the next day. I’m not saying it can’t or won’t happen, but it’s at least sufficiently atypical that the Dodgers probably can’t count on it. That’s good news for the Cubs.

On the other hand, Kershaw was going to make one more start no matter what, and this route not only puts him back on normal rest, it actually gives him an extra day of rest, because of the off-day. A short-rest Kershaw just carved up the Cubs, so a better-rested version might … well … you know.

As for Game Five, it’ll be Kenta Maeda again, facing Jon Lester again. The Cubs were seeing Maeda very well in Game One before he was pulled.