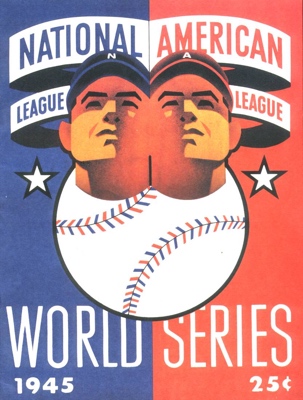 The headline is tongue-in-cheek, but I’m going to be a huge dork and point out that the 1945 Chicago Cubs won the first game of the World Series against the Detroit Tigers 9-0, in Detroit. That series wound up going seven games, and the Tigers, of course, eventually won it.

That is not to prove anything, as the winner of the first game of a seven game series can just as easily – more easily, even – go on to win the series. But nothing is locked in for the Cleveland Indians after last night’s win, other than a single win in a series that requires them to win four.

The nature of that loss – early scoring by the Indians, no scoring by the Cubs, only a small number of missed opportunities, and then the Indians putting it away late – was such that it’s relatively easy for me to get over. Were that a regular season game, it was the type that I could throw away mentally very easily. It was, however, not a regular season game. It was an exceedingly important postseason game. So that part sucks.

But I can lobby several “at leasts” your way, to see if any stick:

Much more on the game today, and the prospects for Game Two (which has been moved up an hour, by the way, on the threat of inclement weather expected in Cleveland tonight).