When the Cubs Dynasty Questions Begin, It's OK to Blink and Other Bullets Skip to content 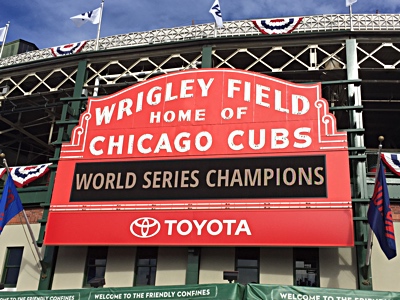 I have started the very long process of digging out from under a many week backlog of emails and texts and other extremely nice messages from a period that featured not only a Cubs championship, but also my birthday and a well-received write-up in the Tribune. If you sent me something in the past few weeks, it’s possible you’ll finally receive a response from me at some point soon! (Sorry.)

What the New York Times had planned if the Indians beat the Cubs in the #WorldSeries. Updated version of Norman Rockwell's "The Dugout." pic.twitter.com/CFITAbTOpK

Never dreamed of this either. Mickey told me our parade today at Disney was top 3 all time. Cub fans everywhere are Epic.

A little "Go @Cubs Go!" from the @MarchingIllini at #illini halftime show. pic.twitter.com/NT5n9KqFKj