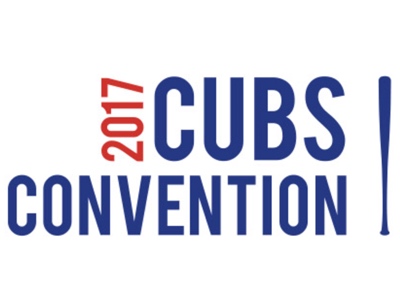 If you weren’t able to get one of the hotel passes for the 2017 Cubs Convention, individual passes go on sale this Friday at 12pm CT. For what it’s worth, and it’s only my best guess, they will sell out quickly. There is a limited pre-sale at 10am CT that morning if you have and use a Mastercard.

The Cubs Convention is January 13-15 at the Sheraton Grand Chicago. Passes will be available here at Cubs.com, and there’s a limit of four per household (don’t be a butthole scalper). Passes are $108 for the weekend, plus taxes and fees. A portion of the proceeds goes to Cubs Charities.

It’s always a great time, and that was before you could see the World freaking Series trophy. Hope to see many of you there!