If Roster Sizes Increase to 26, What Are the Side Effects? Skip to content 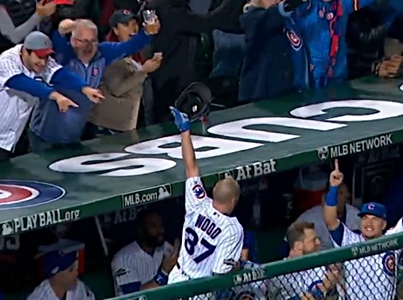 Have you been obsessively watching the ongoing, but deadline-impending CBA negotiations like we have?

To briefly catch you up to date, the previous Collective Bargaining Agreement expires on December 1, which means the players and owners have just two days to find some common ground before we get into some unnerving territory.

Among the many other interesting proposals, rumors of adding a 26th man to the regular season roster have been making their rounds. Indeed, it sure sounds like the 26th man idea is gaining steam and might actually be something new in 2017. It would help with roster management, and also could allow for small roster expansion in September.

Given our proximity to the season (pitchers and catchers report in 75 days!), it might be worth examining the implications of an extra man on the average roster. Tom Verducci (Sports Illustrated) and Dave Cameron (FanGraphs) already got us started.

And it’s Verducci who expresses the biggest concern over the potential roster change: “Baseball’s owners and players have talked about expanding rosters to 26 men as part of the collective bargaining agreement negotiations. If they do so without limitations on pitcher usage, it will be the worst thing to happen to the sport since Astroturf and threaten to end the game’s period of record growth.”

Of course, the issue Verducci raises is the idea that every team will jump to add another reliever to their bullpen, which can be a serious problem for the sport. More available pitchers, in today’s game, necessarily means more pitching changes and match-up improvements. And that is a two-fold problem: more pitching changes means more downtime in the action and depressed offense.

I’m fairly confident that if you asked the commissioner about the two biggest long-term existential threats facing baseball today, he’d tell you about pace-of-play and a depressed offensive environment. So, yeah, maybe a 26th man without any additional pitching restrictions might not be the best idea.

JJ Cooper explains why this is the case:

As we have said on the podcast, strategies to win often aren't conducive to an entertaining product. Rules can be used to nudge game back.

Essentially, teams and their managers utilize strategies to win. Full stop. They do not (and should not) have to worry about whether their calls make for a compelling and enjoyable game. Instead, they are worried solely about getting the W at the end of the day. Baseball, as an entity, has to think bigger than that, even if it means cutting off some useful strategies. Baseball needs to produce drama with its rules, and the managers can adjust their strategies to meet those rules.

The alternative, I fear, is a far less compelling game.

One way to combat this problem, according to Verducci, is to limit the total number of pitchers on the roster to 13 (effectively forcing teams to add a bench bat, which could actually help alleviate match-up problems later in the game), and/or forcing every pitcher that enters the game to face a minimum of two batters. You’d surely think twice about bringing in your LOOGY to face Kyle Schwarber if Kris Bryant was on deck behind him.

Check out Sports Illustrated for much more on the subject (including data on how relievers are being used now far more than they have ever been before).

That being, some relievers are swing starters, sixth starters, etc., and are/have been used in multiple roles. Forcing them to remain in the bullpen doesn’t really solve the “too many pitching changes” problem, and it does present a number of potential issues and eventually loopholes. To be fair, Cameron acknowledges this with respect to starters and relievers. However, he does believe that differentiating between hitters and pitchers is an easy enough fix, should MLB decide to go this route.

HOWEVA, I believe that presents issues, as well.

In 2016, we saw Travis Wood (for one example) take at bats, and play left field. Rare I know, but it happened (and he did this! and this!). We also saw Miguel Montero toss 1.1 innings off the mound. In 2015, we saw each of David Ross and Chris Denorfia pitch 2.1 innings of baseball. Again, I know it’s rare, but it does happen. So what’s the call when a team runs out of pitchers or bench players? Is the game over, or is that an exception to the rule limiting certain types of players on the roster? What if a team hasn’t run out of pitchers, but the only “pitcher” they have left is a reliever who’s already thrown three days in a row? Can a position player pitch at that point? You see the issue.

Then, of course, there’s the impending craziness of a guy like Shohei Otani playing both ways, and who knows what that’ll mean for the rule. Point being: MLB would have to figure out how to deal with managers/teams that use players on both sides of the ball.

The previous CBA expires in two days, hopefully we’ll get answers to many of these questions soon.