OK, So Maybe Shohei Otani Isn't Coming to MLB After Next Season Despite CBA? Skip to content 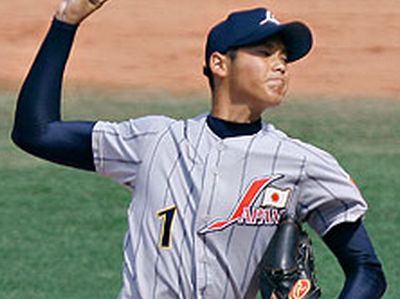 “Our hearts and hopes are just going to keep getting battered back and forth on this, aren’t they?”

I wrote that some three updates ago in the yes-it’s-already-a-saga Shohei Otani saga, as the young Japanese ace/stud DH has been the subject of intense focus the last few weeks with the possibility that he could come to MLB next offseason. The attention has been even stronger around here after a report that indicated the Chicago Cubs were planning to dig into the couch cushions for the next 12 months to make sure they could take a serious run at a generational talent who might costs hundreds of millions.

Since then, the new Collective Bargaining Agreement was passed, increased the exempt age limit for international signings to 25 (Otani turns 23 next summer), and our hearts and hopes have been battered back and forth by conflicting new reports every day.

The most recent indicated that, despite MLB’s apparent decision not to figure out a way to ensure that Otani would not be restricted by the new CBA, Otani was going to come to MLB next offseason anyway. That would shrink his initial potential contract from, say, $200 million to a maximum of $10 million, but he’s free to do as he choose, so long as his NPB team agrees to post him.

But not so, according to a new report out of Japan! You can read the Google Translate version (with caution) if you do not speak Japanese, but Patrick Newman of NPB Tracker sums it up succinctly for us:

1/ Ohtani on the MLB CBA "I'm seeing it on the internet. There's no particular [effect]. I don't care."

2/ "I haven't decided to go yet. I'm only thinking about about winning next year."

In other words, although Otani is aware of the new CBA and it’s potential implications, it is not – for now – impacting his decision to try to come to MLB after the 2017 season either way. Instead, he hasn’t made a decision yet at all.

Recall, unless some kind of special exemption is made for Otani, if he comes before he turns 25, he would be subject to IFA restrictions. And if that happens next offseason, the Cubs will still be in the IFA penalty box, and limited to offering him a maximum of $300,000 to sign. Which, well, he wouldn’t.

So, then, against this new backdrop, here are your rooting interests, as a Cubs fan:

(1) MLB and the MLBPA figure out a way to have experienced professionals like Otani not be subject to IFA restrictions (again, they’ve indicated they’re not inclined to do that, however), so that he is posted this coming offseason with no restrictions, and the Cubs can be as in on him as they’d like; or

(2) Otani decides that the CBA’s restrictions are too onerous, and he’d rather wait until he’s turned 25 in 2019 to come to MLB, at which point he could be completely free and clear to sign for as much as he wants.

(Note: if you are merely a baseball fan, your rooting interest is probably that Otani comes to MLB after this 2017 season no matter what, because he could truly be something special to watch for years to come, what with his huge bat and his 100mph fastball.)