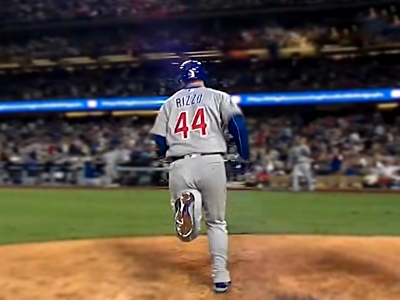 More often than not, when fans and pundits discuss baseball contracts (in the abstract), the discussion focuses on which deals are “bad” or the “worst” from the perspective of the team.

There may not be a hard salary cap in MLB, but even one large contract to an aging, declining, former-star-turned-bench-bat can create rippling problems for years.

The flip side of that conversation is almost never talked about. Sure, we love to talk about how so-and-so’s team-friendly extension is great, but we rarely consider these deals from the players’ perspective after the day they’re signed (which is fairly understandable: most deals create millionaires, and that’s not often a bad thing).

But that doesn’t mean it isn’t worth checking in on.

So at the Ringer, Michael Baumann took a look at the 25 Worst Contracts in baseball from a player’s perspective, and there’s even a Chicago Cubs right up near the very top. It’s definitely worth a read:

Do you think these players got a raw deals?
Read The 25 Worst Contracts in Baseball at The @Ringer: https://t.co/qzKYPC8zGV pic.twitter.com/L20CF10OAW

Here were the rules, as Baumann described them:

Only the future of the contract counts, so while Jonathan Lucroy’s on this list with one year left on his deal, he’s not as high as he would’ve been two years ago. I’m also not considering players who are playing through arbitration, or whose current deals don’t take them through to free agency. If that were the case, this entire list would be nothing but players with less than three years of service time who won’t be able to test free agency until they’ve been in the big leagues six years. So no Carlos Correa, Corey Seager, Bryce Harper, or A.J. Pollock.

From there, Baumann separated the top 25 into 9 distinct, tongue-in-cheek-ish categories as he made his way down the list:

That’s 25 players split into nine categories. Do you think you can guess them all? It’s certainly an interesting and different read on some of the team-friendly contracts around baseball.

So who is the Cubs’ lone representative and where does he fall on the list? Final guesses?

It’s Anthony Rizzo (I really gave it away with the featured image, eh?)!

The Chicago Cubs’ 27-year-old first baseman is considered, by this ranking, to be on the second “worst” contract (again, from a player’s perspective) in all of baseball. He falls only behind Jose Altuve of the Houston Astros (one year at $4.5 million left, plus two option years that max out the total over the three years at $17 million).

The Cubs signed Anthony Rizzo to a seven-year/$41 million deal with (knowing what we know now) seemingly dirt-cheap options for an eighth and ninth year (each at $14.5 million). But, to be fair, the Cubs inked Rizzo to this extension at the beginning of his first full Major League season after a rough ML debut with the Padres, and just half a season with the Chicago Cubs. Rizzo took the sure-thing, life-changing money when he was just 23-years-old, and while he could have gotten more if he’d taken the risk and waited until free agency, I’m sure he’s not all too upset with the potential to earn $70+ million. After all, we’ve seen deals that have gone the other way.

Plus, if Rizzo doesn’t sign another extension, he still get a chance to enter free agency (oh God, I didn’t even like typing that!) when he’s 32 years old. Plenty of players, especially ones of Rizzo’s caliber, can still receive enormous contracts at that point in their career.

And given that he’s a first baseman and has proven elite at getting on base, his skills probably won’t degrade past the point of another multi-year deal when the time comes. Obviously, Rizzo’s contract is a great asset for the Cubs. I’m sorry it has to be that way, Tony, but you’ll still get yours.

Check out Baumann’s article at the Ringer for more details on each individual contract. It’s a pretty fun read, and not something you see every day.