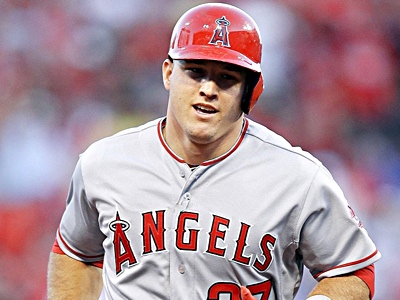 Mike Trout is 25 years old, which is more or less the absolute prime age for a baseball player these days, depending on the skill set on which you want to focus. Trout has been worth nearly 50 WAR in a little over five seasons, which is about double what you’d expect from a really excellent player. Trout has been twice as good as excellent.

That doesn’t even make sense, which only serves to underscore just how good he’s been.

Can you imagine the insanity of the bidding when Trout reaches free agency after the 2020 season? He’ll still be shy of 30 years old, and, if he stays anywhere close to how productive he’s been so far in his career, he will be among the most sought-after free agents in baseball history.

Now try to imagine that, instead of being a free agent in four years, this 25-year-old version of Trout were a free agent today.

That’s what Nathaniel Grow asks you to do at FanGraphs, as he illuminates a quirky overlap between sports contracts and California’s law against personal services contracts that last longer than seven years. We’ve heard of this law before – I remember vague were rumors that the reason the Cubs went to eight years on Alfonso Soriano was specifically because they were bidding against a California team that was topping out at seven years (true or not, it’s a humorous anecdote) – but it is rarely discussed in connection with long-term contracts for California baseball players.

To be sure, the law does apply, as Grow lays out in exquisite detail, and it would operate much like a de facto “opt out” clause after the seventh year of a contract. Where taking advantage of the law because a bit more unclear, however, is whether a player who has been with a California team for more than seven years could opt out of his current contract, if that contract was actually an extension willingly signed after several years in the organization. The most aggressive interpretation of the law suggests that a player could (Trout would be in this situation, as would a number of Dodgers and Giants stars on long-term deals). In other words, there exists a plausible legal argument that Mike Trout should be allowed to head into free agency right now.

So … why doesn’t he? Why doesn’t any player who has been with a California organization for at least seven years? I mean, think of the vast sums available in free agency that are far beyond the reach of a player who is otherwise under team control.

The answer lies both in the uncertainty of the legal challenge, and how vigorously the team (indeed, all five California teams, and maybe even all MLB teams) would fight. Just imagine the impact to the baseball landscape if the five California teams could suddenly control players – minor leaguers and Major Leaguers – for just seven total years in the organization. It would be quite the spectacle, but it would also create such a dramatic disadvantage for those five teams that I would assume MLB would act in some way to balance the scales back out.

We’re left, then, with the possibility that someone like Trout could try to avail himself of the California law and reach free agency early, but, if he did, the full might of MLB might come down upon him in the legal process. Maybe it’s not worth the challenge, then, especially if there are questions about whether he’d win anyway.

Read Grow’s piece for much more detail on the legal aspects of the California law, and how it could be applied.

And then dream about the half-a-billion-dollar contract Mike Trout would get right now.