The Cubs Won't Show Up in Center Field Rankings, But That Might Be OK and Other Bullets Skip to content 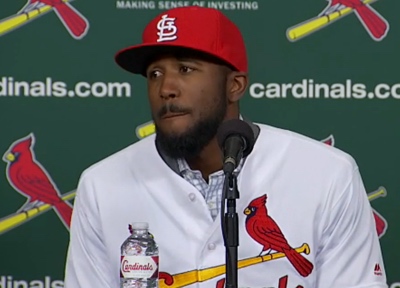 The temperature this morning was right in that perfect(ly bad) zone where it’s raining, and as soon as the rain hits the ground, it freezes. As a dutiful parent, recognizing this hazardous condition, I cautioned the kiddos to walk very carefully in to school this morning. The Little Girl dashed off, but The Little Boy preferred to hold my hand. Fine by me – so I grabbed his glove in one hand, while I held their school bag in the other. But much to both of our surprise, it was actually me who should have been more careful, because I stepped way too casually on the curb, slipped, and wiped out. All while still holding his hand and the bag. It hurt, but I’m fine.

We get into school, and The Little Boy confides in me: “That was scary when you fell.”

I probably did a poor job hiding my smile. What a sweet sentiment. “I know, buddy. That’s why we wanted to be careful, and I’m just glad it wasn’t you or your sister. I’m OK.”

“It was scary because you had our bag. I was afraid my lunch box or my water bottle was going to fall out.”