After All That, Jose Bautista is Re-Signing with the Blue Jays (No Draft Pick Bump for Cubs) Skip to content 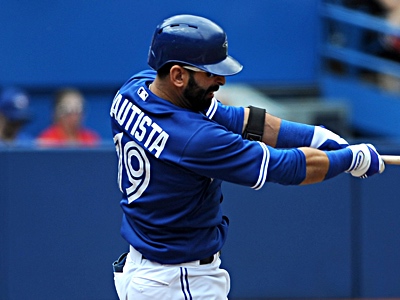 At long last, per reports, outfielder Jose Bautista will be re-signing with the Toronto Blue Jays on a one-year deal with options thereafter. That’s notable because he’s a notable player, but the market-level implications – and, thus, our interest in the signing – have been greatly diminished by the passing of the offseason, and the moves around the rest of the league. That is to say, Bautista re-upping with the Blue Jays probably does not likely trigger this move or that move, which triggers another, which winds up impacting the Cubs. And, since the Cubs do not play in the AL East, the impact here of the signing is rather limited.

But it’s not zero!

It was a particularly bad year for a team to have a late first-round draft pick and hope that it would climb by several spots in the event teams ahead of that team signed qualified free agents.

There were a limited number of qualifying offers made in the first place – just 10 – and two were accepted. Of the eight remaining qualified free agents, now that Bautista is returning to the Blue Jays, a full half of them wound up re-signing with their old team, meaning that no first round draft pick was sacrificed. And the one still on the market (Mark Trumbo) is negotiating with his former team.

That means the Cubs’ 30th overall pick, last in the first round, will probably have moved up a lousy three spots when all is said and done. Last year, by contrast, the 30th-picking-Cardinals managed to move all the way up to 23rd because of free agent signings. The difference is not only four spots, but also some $150,000 in pool money. Grumble.

At the end of my overly nit-picky whining, we’re left with the following: