Is Neuroscience Baseball's Next Market Inefficiency? If So, the Cubs Are in a Good Spot Skip to content 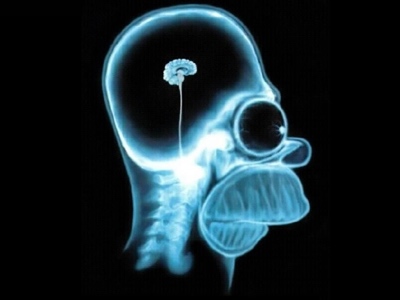 The next market inefficiency.

During his appearance on David Axelrod’s podcast, Epstein spoke about a wide range of topics, which we dug into yesterday. But there was one thing we wanted to break out for a separate discussion, both because of its broad scope, and it’s intriguing implications.

Epstein explained to Axelrod the difficulties in finding the next competitive edge in baseball because of the continuous leveling of the playing field. Other teams are getting smarter, adding to their front office staffs, and expanding their statistical capabilities.

So, what’s on the horizon for Epstein and the Cubs? Neuroscience, of course.

“Years ago with the Red Sox, we met these neuroscientists who were interested in what the brains of really great hitters look like and if they could learn anything from them,” Epstein explained. “We developed a partnership with them where we gave access to all of our professional players from David Ortiz and Dustin Pedroia, down through the lowest levels of the minor leagues, where they would test these players on pretty simple baseball simulations on a computer. In exchange, we got some exclusivity to whatever insights they were able to derive from this testing.”

And what was the result?

“After many years they were able to develop some tests that properly and accurately assessed the different neuropathways that a great hitter might have,” Epstein explained. “These tests would identify the David Ortizes and Dustin Pedroias and rate them higher than some of the lesser hitters and certainly higher than any layman.”

Essentially, we’re talking about using a baseball simulation that resembled video games for evaluative purposes. Epstein said he would take the program to high school and college prospects the team would consider drafting them and asking them to play the game. What they hoped to learn from the experience was how a player’s brain worked and to see whether or not they had the neuropathways of a future great hitter – or if they were simply ordinary.

Epstein later added a secondary use of this game as a developmental tool to test reaction time, dynamic hand-eye coordination, inhibitory control, spin recognition and more.

“We use it in the minor leagues to train our hitters because you can’t go out there and face live pitching day-after-day,” Epstein said. “But you can sit there on your laptop and take hours-and-hours of this simulated baseball training. What we found is you can improve the quality of the neuropathways in a hitter’s brain a little bit and push them to new heights with reaction time inhibitory control hand eye coordination.”

It seems as if Epstein and the Cubs have come across a really useful evaluative and training tool.

When asked by Axelrod for examples of players uncovered with this method of evaluation and training, Epstein provided two answers who happen to be high-upside active Major League players.

The first player it unearthed was Mookie Betts, who just finished second to Mike Trout in the AL MVP race in 2016. Epstein joked that Betts was a better bowler in high school than baseball player, and discussed how hard it was to evaluate him as a high school prospect because he didn’t play in a lot of showcase games or face much elite pitching. But when given the neuro tests, Betts passed with flying colors – so much so, the Red Sox made him a fifth-round pick after initially giving him a 10th- or 12th-round grade.

And then, there is the Kyle Schwarber story.

Leave it to Epstein and the Cubs to strike a balance between brain power and bat speed when evaluating talent.

Brett: And perhaps it was precisely that testing that identified in Schwarber the neuro-make-up that allowed him to do the unthinkable in the World Series.

For more from Epstein, make sure to listen to the full Axelrod interview.