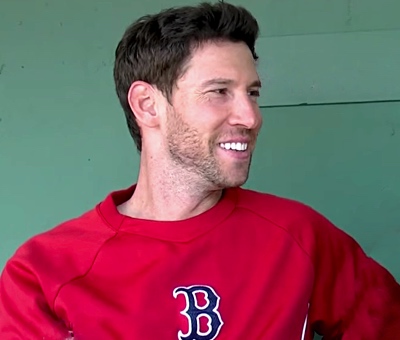 During the 2014-2015 offseason, a free-agent, left-handed reliever by the name of Craig Breslow chose a return to the Red Sox over the Cubs.

As usual, we never learned the details of the Cubs’ final offer, but Breslow did reportedly narrow his choices down to just Chicago and Boston, before ultimately signing with the Sox (one-year, $2 million). In any case, it seems safe to say that the Cubs were serious suitors for the lefty, even though they didn’t end up going all the way.

Last season, Breslow signed a minor league contact with the Marlins (with a Major League split) and wound up pitching in Miami. He was ultimately DFA’d by the Marlins, and eventually wound up in the Rangers’ organization (again, more on his results in a bit), which brings us to today.

Now a (36-year-old) free agent, Craig Breslow is back on the Cubs’ radar:

Good story with reshaping of Breslow. After Mon. workout, Indians, Jays, Dodgers, Rockies, Mets, Cubs, Twins, Reds all in on him (cont.)

His brief stint in the big leagues in 2016 with the Marlins wasn’t much better. Unfortunately, after posting a 4.50 ERA in his first 14.0 innings pitched, he was sent back to Triple-A and was eventually DFA’d. He did get picked up by the Rangers, but made just three appearances in their minor league system before once again becoming the free agent he is today.

So why are the Cubs still interested in a 36-year old reliever they lost out on a couple years ago, and who hasn’t pitched well since?

Well, outside of the fact that he might be the smartest man in baseball, something may have changed that could improve his performance.

Breslow recently held a work out and the results were positive, and not without an explanation:

According to Rob Bradford, Craig Breslow’s workout revealed a new delivery that has “changed the conversation.” Kevin Kernan adds that Breslow dropped his arm angle, which creates more movement on his pitches.

And apparently, Breslow is now being considered as a legitimate backup to some of the best remaining free agent relievers on the market (to be fair, it is almost February).

Without seeing his new delivery or receiving any new information, it’s impossible to know just how the change will affect his game and how aggressively teams will pursue him, but I wouldn’t be surprised to see the Cubs get involved.

Remember, they’ve been looking for another left-handed reliever option to bring to Spring Training for a while now and have had ties to this particular southpaw in the recent past. (Although, in fairness, Breslow has actually been pretty split-neutral for his career and was actually better against righties in each of the last two seasons).

But even that parenthetical can be rendered meaningless by a mysterious new delivery that could change Breslow’s production as soon as 2017. If and when this pursuit gets more serious, or if more is revealed about that new delivery, we’ll let you know.

For today, it’s just someone to keep an eye on.