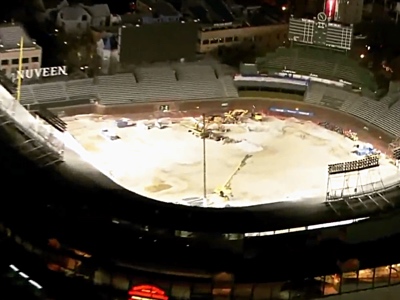 Writing up my thoughts on the Cardinals hacking punishment gobbled up most of my time and narrative energy this morning, so check it out if you haven’t already.

It set me back a bit, so I apologize for the much-later-than-usual Bullets …

#Skycam9 is checking out #WrigleyRenovations, tonight… How many days until @Cubs opening day? 🙂 pic.twitter.com/AVGs65j5Wv

Lights are on tonight at Wrigley Field as construction continues. ⚾ pic.twitter.com/seYcl8SX3w

We have some exciting news. You may want to grab a seat. https://t.co/WhBC3CaiPQ pic.twitter.com/KJ1KDquIYC