Cubs Plan to Use 12 or 13 Starting Pitchers in Spring Training, With Piggybacks Skip to content 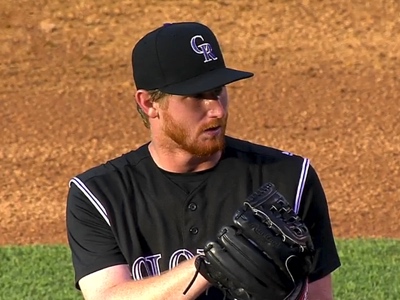 Even before the Cubs rapidly accumulated quality starting depth in the last few weeks, they were going to use a ton of “starting” pitchers in Spring Training.

Remember last year, after a run to the NLCS the postseason prior, the Cubs employed a plan to get their primary starting pitchers extra rest in Spring Training. The group not only made their initial Cactus League game appearances a little later than usual, but they also threw limited innings overall. For example, Jake Arrieta threw just 11.1 Spring innings last year. John Lackey threw just 13.0 and Jon Lester threw just 17.0. Kyle Hendricks was an outlier, throwing nearly 30 innings, but after a career-high 190.0 regular season innings in 2016, plus the postseason, I’d expect to see him pulled back quite a bit this spring.

That is all to say, the Cubs were always going to find a way to spread the Cactus League innings around. And then after adding Brett Anderson, Eddie Butler, and Alec Mills? There are all the more “starters” to take the ball.

And, sure enough, pitching coach Chris Bosio tells the Tribune that the plan is to go with 12 or 13 starting pitchers in Spring Training, and they’ll get their innings by way of a piggyback approach – i.e., one guy starts the game, takes his two or three innings, and then the next “starter” comes in for his two or three. “Health is of the utmost importance to me,” Bosio said.

The health imperative echoed what Jed Hoyer told ESPN, hoping that there are as few guys as possible “trying to air it out and trying to impress.” Piggybacking all of the starting pitchers, and gobbling up spring innings that way, is one way to artificially create rest.

As for who falls into that “starting” group in Spring Training, Bosio didn’t name names, but here are the starting pitchers due in camp (not necessarily in an order, at least past the first handful):

I look forward to seeing the outings from some of the less-visible guys in that group, or the guys who we’ve not yet had a chance to see in a Cubs uniform.

The Cubs’ Cactus League play starts on February 25 with a split-squad day, so we might see as many as four of these starting pitchers in action that day.