GO GRANDPA! David Ross Will Be on 'Dancing with the Stars' Skip to content 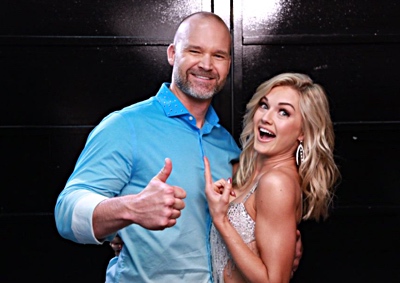 This just gives me such a tickle.

David Ross is already enjoying his post-playing days as an executive with the Cubs and a soon-to-be analyst at ESPN, but that’s not enough Cubdom’s collective grandpa.

Take me out to the Ballroom! World Champion Cub @D_Ross3 and @lindsayarnold are partners this season on #DWTS! ⚾️ #DancingOnGMA pic.twitter.com/BfGx1OwbdN

Ross will be competing this year on ABC’s ‘Dancing with the Stars,’ a show that I have never watched, but will now definitely be watching. As I recall, there are always some athletes on the show, but Cut4 says Ross is the first baseball player. So that’s cool. And we know he’s got some serious dance moves on and off the field.

The announcement came today on ‘Good Morning America,’ and his good buddy Anthony Rizzo had some hilarious words of encouragement:

Try not to suck. I love it.

There’s plenty of time to practice. The show premiers March 20.