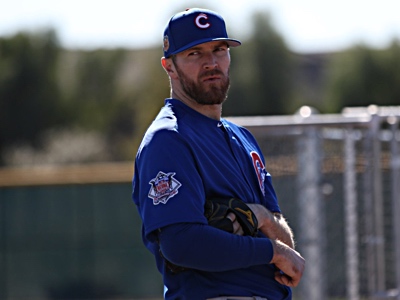 The kiddos busted out a spontaneous dance party in the car on the way to school this morning, which was an exceedingly pleasant way to start the day. The only rub is that I now have “Can’t Stop the Feeling” stuck in my head, probably for the duration of the day.

Maddon said Almora is fine and should be back in the lineup Thursday. Was dealing with a sore calf after getting hit by pitch.

Does anyone else ever feel like the Cubs' 2015 and 2016 seasons have blended together into one year – culminating with the World Series?

From more than 1,500 loyal and passionate #Cubs nominations, congratulations to these 20 #CubsRingBearer winners! https://t.co/QCzH1Z8ukc pic.twitter.com/whrRDFyKbV