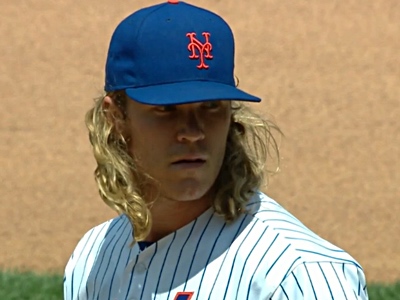 As I type, the Chicago Cubs are in the middle of an exhibition match-up against Team Italy in Mesa.

And for some added fun, one of the Cubs’ own outfield prospects, John Andreoli, got the start in right field for Team Italy, where he’s rostered for the World Baseball Classic.

Here’s hoping he does well (he’s already scored a couple runs), stays healthy, and makes his way back to the blue team.

Oh wait, that might be a little bit more confusing than it should be:

On to some news from around the league …

Alex Rodriguez has joined Fox Sports full-time. It's a multi-year deal to work as an MLB analyst including select Saturday games in booth.

Just three best friends keepin' an eye on each other and messin around. #AMIRIGHT, @ARizzo44 @KrisBryant_23 ? pic.twitter.com/sMajoeysT7

@ARizzo44 @KrisBryant_23 They texted me privately, saying "You know it, bud!" They just couldn't tweet during the games. That's all.