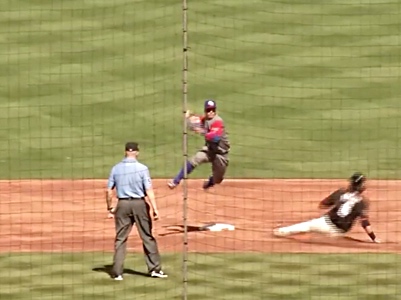 If you’ve felt deprived of incredible Javy Baez defensive highlights this Spring, and especially since he departed earlier this week to join Team Puerto Rico in advance of the World Baseball Classic, I’ve got a video for you, my friend.

Team PR played the Giants in an exhibition game yesterday, and, upon seeing this, I was very sad that the game was not televised:

Lindor and Baez just turned an exceedingly difficult and beautiful 6-4-3 double play. I'm going to need a moment to gather my emotions.

I assumed I was just going to have to imagine the play forever … but then some HERO put an in-house video up of the play, and we all get to enjoy it!

Team Puerto Rico starts their WBC quest off tomorrow in Mexico against Venezuela.