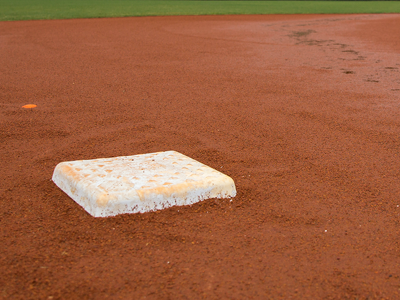 Nearly every season – or so it seems – there’s one organization that reaches beyond its grasp during the offseason, and looks somewhat foolish during the following season.

In 2015 it was the San Diego Padres, and last season, of course, that was the Arizona Diamondbacks.

After going out and spending HUGE money on Zack Greinke (six years, $206 million) and trading far too much for Shelby Miller (Dansby Swanson, Ender Inciarte, and Aaron Blair), the Diamondbacks had a nightmare season in 2016, finishing fourth in the NL West (69-93) with no real path forward.

So the Diamondbacks decided to make a change. They ousted GM Dave Stewart (from the organization) and Chief Baseball Officer Tony La Russa (from his position), before bringing in new GM Mike Hazen – who himself brought aboard one former Chicago Cubs and Boston Red Sox executive, Jared Porter, as his new assistant GM.

Porter spent twelve seasons in the Red Sox organization before becoming a pro scouting director with the Cubs. With the World Series win last November, he has a grand total of four rings to his name (three in Boston, one in Chicago). The Diamondbacks, of course, are hoping he can bring some of that magic to Arizona, where Brett Ballantini (MLB Trade Rumors) caught up with Porter to discuss the team’s future.

But in the process of discussing Arizona’s master plan, Porter revealed many details regarding his journey up the ladder, and from one championship team to another. I’ll go out on a limb and say you’re going to want to give this a read.

And on top of insights into his journey, he discusses the many similarities and differences between the pre and post-Theo Epstein led Boston organization, and how the Cubs front office compares over the last few years as well.

One of my favorite Porter quotes, if I may: “The biggest difference between the two front offices is that the Cubs have really pressed forward with regards to analytics and new forms of data analysis, because Theo was able to pick up from [where] he left off in Boston while starting from scratch in Chicago. Data analysis is nonstop for them, with a perfectly designed platform to access all of this information. From minor league coaches, to scouts, to major league coaching staff, the analytics make everyone more efficient and knowledgeable.”

Porter went on to explain that improving the front office’s use and exploration of analytics will be a big priority for the Diamondbacks going forward. They’ll certainly be lucky to have him.

From his Game 7 experiences, to his superstitions and more, Porter reveals quite a lot of interesting insights into his time in MLB.

There’s a part two of the interview here, which also a great read, but is less focused on Porter’s time with the Cubs. He does note this fun bit, though: “Taijuan [Walker] is a pitcher who all three organizations I’ve worked for have tried to acquire over the last two or three years.” The Diamondbacks obviously were the one that succeeded in getting the former Mariners top prospect, but interesting – and perhaps unsurprising – to learn that the Cubs tried to get him, too.

In any case, if it wasn’t already clear, the Cubs clearly lost a talented guy in Porter, whose future is even more bright. He’s a GM in the making.