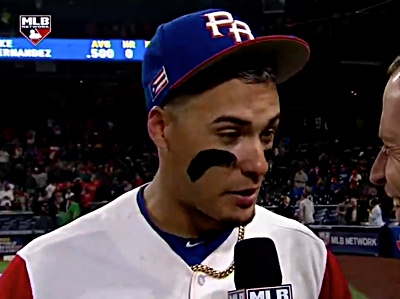 Of particular interest to Cubs fans, however, was Javy Baez once again shining in a number of ways in the game.

It was Javy setting up runs with his legs:

It was Javy making a beautiful diving, spinning play in the outfield grass:

.@javy23baez joined @JonMorosi after Puerto Rico defeated @USABaseball for a spot at the semis in Los Angeles! #WBC2017 pic.twitter.com/mjQ0s00tyv

Baez already set himself up for national stardom with a breakout postseason with the Cubs last year, and he’s done nothing but continue that here in the WBC.