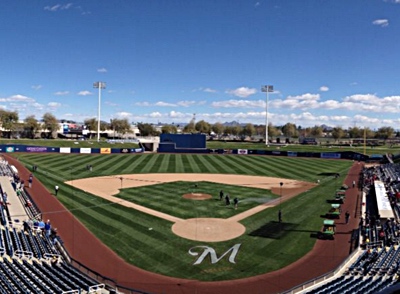 The Cubs are doing the split squad thing today, with half the club headed to Maryvale to face the Brewers, and the other half staying at home to face Team Japan in an exhibition. I’ll be at the latter game at Sloan, say hey if you see me.

John Lackey starts in the exhibition game, and Jake Buchanan starts against the Brewers.

Today’s game against the Brewers is being broadcast by the Brewers, so you MLB.tv’ers will be able to see it. No TV for the Team Japan game. The Cubs-based audio will be available at MLB.com. For future reference, you can check which games will be televised here.

Here’s the lineup against the Brewers:

And here’s the lineup against Team Japan: