Javy Baez is Magic! He Just Busted Out the Ninja Slide at the WBC (VIDEO) Skip to content 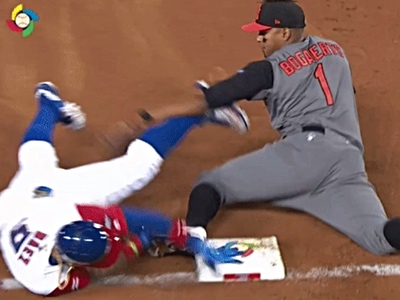 Or is it the Matrix-like, body-bending sliding ability?

Well, he just showed off the last one again tonight in Puerto Rico’s WBC semifinal game against the Netherlands:

It took a review, but they got it right:

If you have missed the game so far, it has been nuts. Heck, it was already crazy in the first inning.