The Minimum DL Stay is Now Just 10 Days ... But MLB Is Going to Be Watching Closely Skip to content 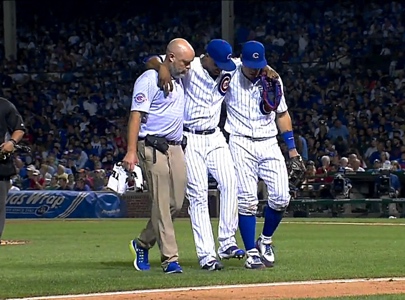 One noted, but mostly undiscussed, change in the new Collective Bargaining Agreement was a reduction in the minimum stay on the disabled list. Where DL’d players previously had to be out at least 15 days, that limit is now just 10 days. In theory, the change is player-friendly, as it will allow teams to place players on the disabled list for less severe injuries without having to lose those extra five days of availability (and then suffer the consequences if a player comes back from an injury too soon, or degrades in performance down the stretch from the accumulated toll of unrested nicks and scrapes).

Over the course of a season, then, it’s possible this change will lead to healthier players overall, and a net of more games played by regulars.

We all know well enough, though, that the theoretical outcomes of a significant change in rules does not always match the actual outcome. To that end, one suspected consequence of the rule change is that teams may have an even greater appetite to play things fast and loose when it comes to “injuries,” placing players on the disabled list primarily as a roster-management tool. After all, if you need a short-term roster spot but don’t have an obvious player to move out with minor league options remaining, it’s a lot easier to stomach losing an otherwise useful player for 10 days, rather than for 15. Moreover, given the traditional five-man rotation, there could be ways for enterprising teams with the right mix of available players (read: the Cubs) to regularly incorporate an extra starting pitcher. That could allow the team to rest other starters who do not have minor league options left, but who the team also doesn’t want to see sitting out for over two weeks. With a 10-day DL stint, that pitcher might miss only one start.

None of this has gone unnoticed or unconsidered by MLB, however.

Brian MacPherson at the Providence Journal provides quotes from Red Sox manager John Farrell, who suggests this rule change will actually spur closer examination of DL stints by MLB: “With it just being 10 days, I think the DL will be scrutinized even greater to try to control that,” Farrell said. “I think there’s going to be doctor documentation required for every move that’s made to the DL. On the surface, it looks like it could be manipulated. But I think the backup evidence is going to be much more in-depth.”

So, then, if teams try to take advantage of the shorter DL window to maximize their roster, they may face greater scrutiny from MLB when it comes to injuries.