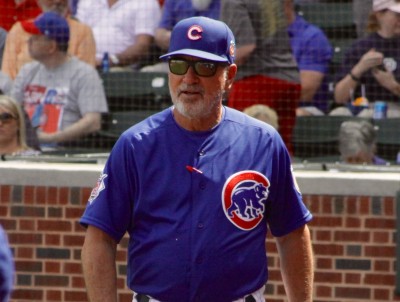 We’ve long known that four members of the Cubs’ five-man rotation to open the season would be Jon Lester (who gets Opening Day), Jake Arrieta, Kyle Hendricks, and John Lackey. We’ve long suspected that, if healthy, Brett Anderson would be the nominal fifth starter out of the gate, too. But we didn’t know that for sure, and we also didn’t know the order of the rotation.

I know what you’re thinking, but be advised, that order is not about who’s best and in what order. It’s mostly about the match-ups:

Maddon agreed it's prob the first time in history MLB era leader won't pitch until Game 5 but it's just how it fit best for the team.

In his career, Lackey has been fantastic pitching at Busch Stadium (and pitched well against the Cardinals last year):

Hendricks, then, instead gets the Brewers the first time through. Further, as Gonzales notes, this order breaks up the lefties (advisable), and gives Arrieta the home opener (a nice nod).