Hey, This is Fun: Opening Day Cubs Lineups Throughout the Rebuild Skip to content 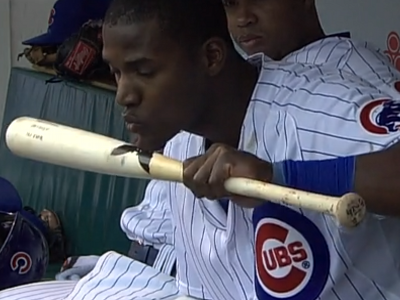 In the process of flipping back through Opening Day games while sketching this morning’s Bullets intro, I was reminded of the 2014 opener in Pittsburgh, which was an absolutely miserable affair. Don’t look if you don’t want to be reminded. (Actually, funny aside: the 2015 opener at Wrigley was disappointing for similar reasons, and I wound up using the same runners in scoring position quip on both Enhanced Box Scores. Whoops. A+ on the creativity, Brett. In my defense, the Cubs went a combined 0-24(!) with RISP in those two games.)

Looking back at the 2014 opener, I was struck by the lineup, which stands in contrast to the one that followed (and in extreme contrast to the one after that). So, for fun, I thought it worth sharing the Cubs’ Opening Day lineups going back to the year before the rebuild began in 2012.

This year’s group projects to look very similar to last year’s group, which is also something we haven’t seen too often over these years. Even from 2015 to 2016, there were six players who were in the Opening Day lineup in 2015, but weren’t in 2016.