Cubs Outfield Prospect John Andreoli Threw a Guy Out ... at First Base (VIDEO) Skip to content 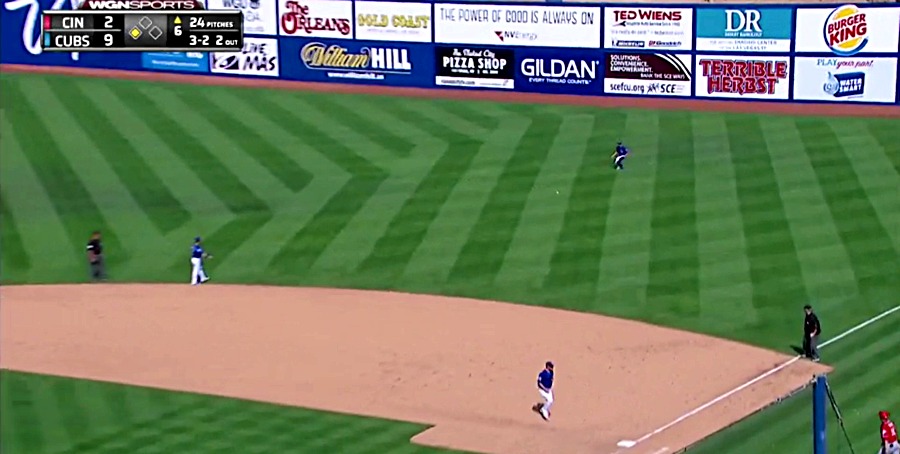 What, you thought losing 22-4 was the greatest of the Reds’ indignities in today’s game against the Cubs?

OK, so it may well be. But it wasn’t the only indignity. There was also the base hit that catcher Tucker Barnhart hit to right field, which was going to score a pity run, but John Andreoli has no pity. And no mercy.

That’s because he took Barnhart’s two-out “base hit” and turned into a routine 9-3 putout at first base:

Andreoli put everything into that throw! Clearly, he had it out for the Reds after being hit in the head by a Reds pitch the day before.

Although he’ll be starting the season at AAA Iowa, it’s possible Andreoli will be up with the big league team at some point this season. So, be advised, ye baserunners of the future: John Andreoli will gun you down if you’re not hustling to first base.