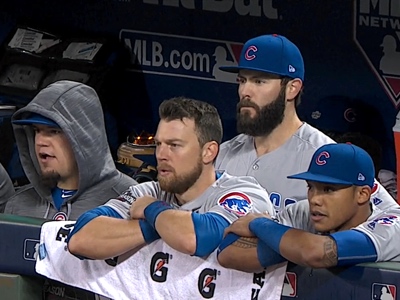 Were you watching the NCAA Tournament this weekend? Did you catch the UNC/Kentucky ending? If not, the reactions in this Kentucky bar will tell you everything about the last 10 seconds of the game (which looks a lot like I imagine Cleveland Indians fans looking like during the final few innings of Game Seven, if you could condense it into the Rajai Davis homer and then the Ben Zobrist/Miguel Montero hits):

This is like if you could squeeze the final few innings of WS Game 7 into 20 seconds of Indians fan reactions. pic.twitter.com/rFLg90R9lj