WATCH: David Ross Busts a Move, Not a Hip, on 'Dancing With the Stars' Skip to content 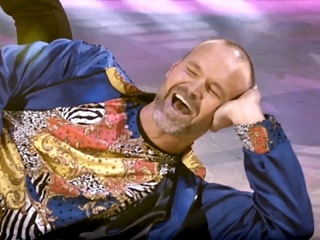 Ugh, Brett. You just couldn’t not do that with the headline, could you?

David Ross was back for week two of ABC’s ‘Dancing with the Stars’ last night, and his performance was once again a lot of fun.

There was no baseball inspiration in this one, just a musical throw back to the turn of the 1990s, when Ross was a teenager, undoubtedly in love with killer pants:

Ross and his partner Lindsay Arnold got a 27 (out of 40) for that one after scoring 28 in their debut. Although Ross netted a bit more criticism from the judges in his second week – clearly, he created expectations! – he still fared well. And given the support I know he’s getting from Cubs fans, I presume he’ll be sticking around for a while.

Jon Lester after Willson Contreras homered twice off Danny Salazar: "It's about time we got an offensive catcher." #DancingWiththeStars