The Bryzzo Souvenir Company is BACK! And Bigger! (VIDEO) Skip to content 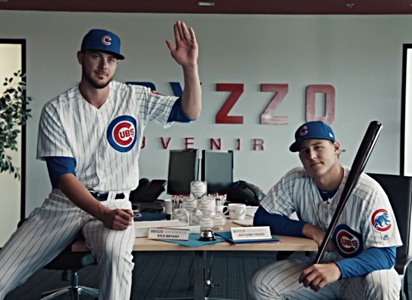 Last year, the Cubs and their foremost stars of the day, Anthony Rizzo and Kris Bryant, came together for a magnificent faux commercial for the Bryzzo Souvenir Company. It was awesome, and it provided fun fodder throughout the season. (Another homer: ding!)

And the company is back for another installment this year, with some new additions:

That thing is loaded with hilarious bits, some obvious, some subtle. I am literally going to watch it three more times right now so I can take mental note of it all.

Just playing around a bit:

Kyle Schwarber getting ahead of himself. pic.twitter.com/RRoPM4tuzZ

Last but not least: intern always screwing things up. pic.twitter.com/1IW965aj9p