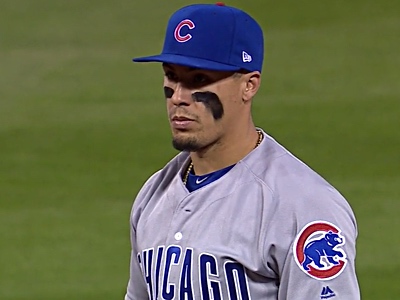 Ah, home opener day. It would be a good day no matter what else was going on, but obviously this one is historic.

Here’s hoping I see you around the ballpark – maybe even the new Park at Wrigley – before, during, or after the game. I’ll be wearing my Tsuyoshi Wada shirsey (yeah, baby, I’m that guy – hey, he was awesome), so if you see me out in the bleachers, say hey.

There will be quite a bit to get into from yesterday’s Cubs win – particularly with respect to the pitching and hitting stars of the game:

If today's Arrieta and today's Heyward are the norm, the NL is effed.

But for now, let’s touch on some Other Bullets …

Just like everyone predicted. Cubs and Reds, duking it out. pic.twitter.com/ApWKUc7LpL