The Cubs Are Worth $2.68 Billion, Nearly Tied with the Red Sox and Dodgers Skip to content 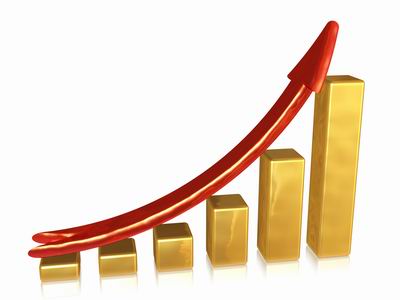 My dad has always said that things are only actually worth whatever someone else is willing to pay for them (he may not have been the first to come to this conclusion, but I’ll give him the credit today).

And so far in life, I’ve found that to be mostly true.

Back in January of 2009, for example, the Ricketts Family purchased (most of) the Chicago Cubs and related assets for roughly $875 million from the Tribune Company. That was, effectively, the last time we could definitively pinpoint the value of the organization.

Of course, A LOT has happened since that sale, not only with the Cubs, specifically, but with the sport as a whole, so it’s fair to assume the value of the Cubs today is a great deal more than it was eight years ago. Precisely how much more, however, is the question.

Every year, Forbes tries to answer that question by analyzing the value of every single team in Major League Baseball. In 2013 (four years after the initial sale) the Cubs were reportedly worth an even $1 billion. In 2014, that number increased to $1.2 billion. In 2015, that number took an even bigger jump to $1.8 billion. And finally, in 2016, the Cubs were valued at an all-time high of $2.2 billion.

Well, since the latest valuation, the Chicago Cubs won eleven very important games, and, as you can imagine, that has upped their estimated valuation even more (of course a great number of other improvements and organizational investments contributed to this, as well as an overall jump in team valuations in baseball). Indeed, according to Forbes the Chicago Cubs are worth a healthy $2.68 billion here in 2017.

That’s good for fourth most of any team in Major League Baseball, just barely behind the market giants in Los Angeles and Boston:

Obviously that is quite an enormous valuation.

It represents a 206.3% increase over the $875 million spent back in 2009, and an equally impressive 22% increase over last year’s valuation. Now if that 22% year-over-year increase seems a bit high, that’s probably in part due to the fact that, per Forbes, “baseball’s stakes in BAMTech and MLBAM likely contribute between $400 million to $500 million in value to each of baseball’s 30 teams.” For more on how these figures are calculated, what’s excluded, included, etc, check out the full article here.

There is quite a bit more on the “latest crazes” for each ballpark, which are upping the organizational valuations for owners. The Cubs latest addition, the Park at Wrigley, for example, may not add an enormous chunk of revenue to the team or singularly revolutionize its ability to spend, but projects like that should up the valuation of the organization as whole by quite a bit. Other similar side projects throughout the league are also supporting the explosive increases in value for nearly every team in baseball.

Given where the Cubs are now, it’s interesting to think about the relationship between the competitiveness of a team, the state of an organization, and the overall valuation. They don’t always align.

In 2006, the Tribune Company effectively forced the Cubs’ front office to go on a spending spree to increase the competitiveness, popularity, and – most importantly – valuation of the organization. The goal was to pump up the Cubs externally, so that they could sell the team for a greater profit in the short term. Now, clearly, they were successful – the team was never worth as much as it was when the Tribune Company sold it to the Ricketts Family.

However, the ACTUAL STATE of the organization was quite poor – anyone could see that by the 1) bloated contracts for aging players, 2) complete lack of necessary resources both in the front office and on the field, and 3) empty Minor League cupboard, devoid of any impact prospects.

The Ricketts Family did a wonderful job turning things around (after many losing seasons), but that’s only because the low low was there from which to turn around. And yet that low low was actually occurring at the same time as something of a pumped up valuation.

With that said, the Cubs organization IS indeed strong right now. The Major League team is full of talented, young players who are under control for a very long time, the front office is one of the biggest and smartest in baseball, the scouting department is as expansive as any you’ll see, the Minor League system is still churning out talent, and the Major League team just raised its first World Series banner in many, many years.

When you combine all of that with the exploding revenues (which are not yet benefitting from an enormous TV deal), you can understand why the Cubs are one of the most valuable teams in baseball.