How Bad Has the Cubs' Bullpen Been, Really? Also Butler Results, Fowler Struggles, and Other Bullets Skip to content 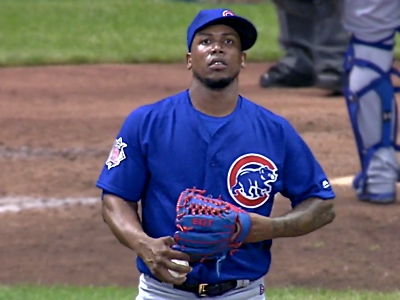 Getting back at it after the holiday weekend, a weekend in which the Cubs were swept at home by the Pirates, is never easy. I did my processing earlier in this post, if you’d like the “hey, yo, here’s why I’m not freaking out” take. Based on that, I’m pretty much feeling fine.

I would like to be able to get our ‘W’ flag back out front, though. This is the first year we’re doing it at home, and the Wife and kiddos have been disappointed to see the thing sitting on the table the last three days.

Your eyes aren't deceiving you – bullpens are melting down at an alarming rate in 2017. pic.twitter.com/rlp5obT2k0