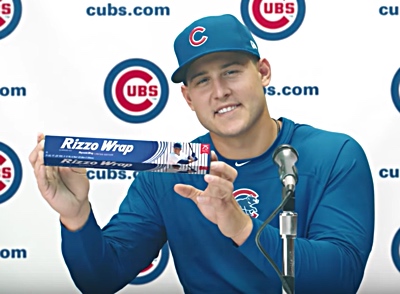 Anthony Rizzo and the tarp. It’s a love story that transcends our understanding.

A couple years ago, Rizzo made the highlight catch of the 2015 season when he climbed the tarp at Wrigley Field and went into the crowd for an incredible snag. Then, in 2016, he went around the tarp for another catch at Wrigley Field.

Heck, Rizzo even has a sponsorship deal with Reynolds Wrap because of the tarp!

So, when he made a catch over the tarp last night, although it was a lot of fun to watch, it was altogether unsurprising:

While lacking some of the glamor of the first two catches, that’s still not an easy play to make. A great view from the crowd: