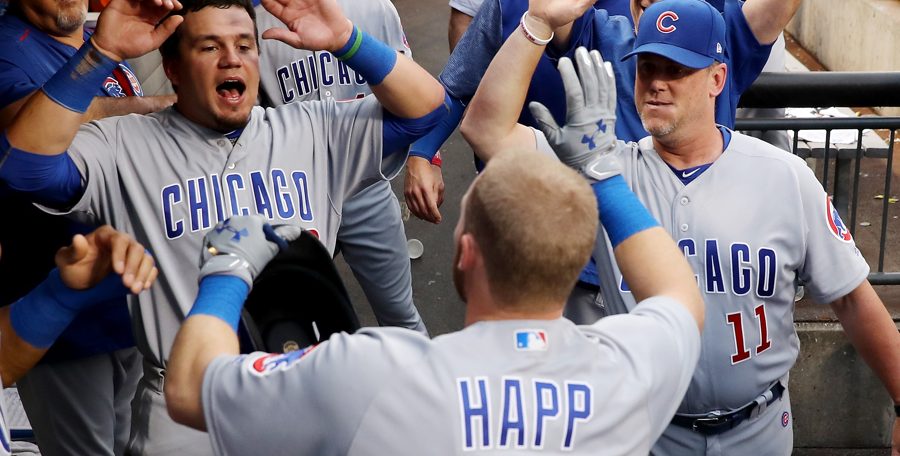 The Chicago Cubs went deep five times in New York yesterday, and it would have been six if not for a Jay Bruce leaping catch at the wall, robbing Kyle Schwarber.

The five homers were a season high, and you can enjoy them right here:

Anthony Rizzo’s monstrous leadoff blast was not only the longest in the game, but, at 461 feet (ESPN Home Run Tracker), it was the longest in all of baseball on the day. It was also the Cubs’ second longest on the year (Kris Bryant had a 465-footer), and the 18th longest in baseball this year.

Rizzo’s homer temporarily tied Kris Bryant for the team lead, which must have bothered Bryant, because he later muscled one out to pull back one ahead, at 15. Seriously, though, it should not be possible for a long, tall guy like Bryant to homer on an up and in 0-2 pitch like that. Sure, it only barely got out, but still. How did he do that? On a night of tremendous homers, that was my favorite.

And there was Jason Heyward, tipping his cap to his 6th homer of the season. He’s already one shy of his total from 2016.