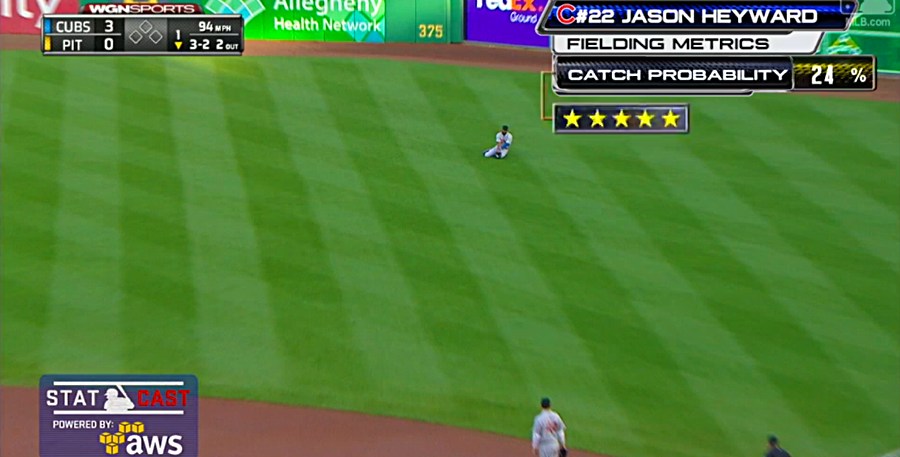 Something the Statcast tracking ability has given us is a greater appreciation for just how good Jason Heyward is defensively.

We already knew he was really, really good, but a catch he made last night is a perfect example of how the technology can shine a bright spotlight on a play that might otherwise look merely decent.

Here’s the catch, with the Statcast info, underscoring how difficult it actually was:

For Heyward, those plays where he dashes in and makes a sliding catch look nearly routine. But, given the trajectory of that ball off the bat, the play was anything but routine.

That’s just what Jason Heyward does out there, and he’s been doing it, consistently, for years. Consider that Heyward’s UZR/150 – an advanced defensive metric that can vary from year to year, but tries to capture a defender’s contribution in runs, prorated to 150 games – over the past six years, including this year, looks like this: 21.6, 20.0, 20.5, 24.0, 23.2, 23.1. I’m not sure I’ve ever seen numbers so consistently excellent like that over such a long period of time.