The Nightmare Deepens: Kris Bryant Leaves the Game with an Ankle Injury (UPDATE) Skip to content 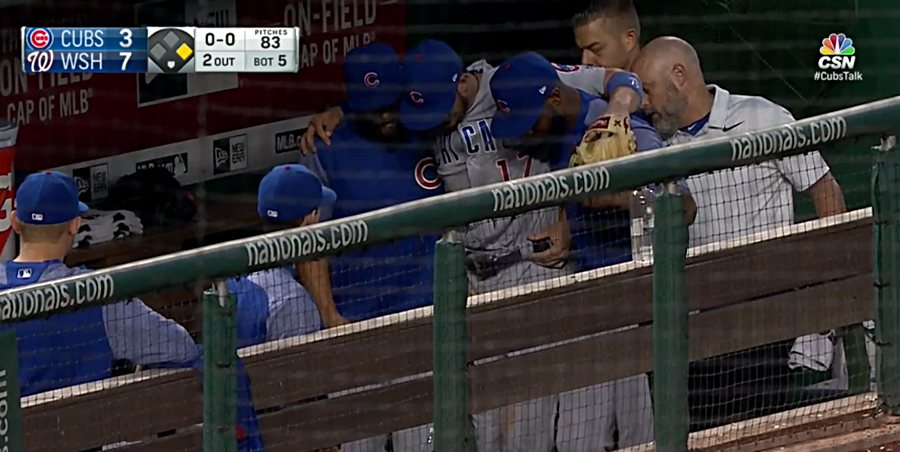 On the day the Cubs had to dump their veteran backup catcher because he blamed the pitchers for stolen base woes that contributed to yet another ugly loss in a season full of them, and during a game where the Cubs are more or less being stomped, the gods saw fit to make things worse.

Possibly much, much worse.

Catching a pop up in the fifth inning, Kris Bryant stepped awkwardly on the corner of third base, rolling his ankle, and then hopping around in pain before departing the game with assistance. He looked to be in significant discomfort, and was not able to walk off the field on his own.

Video of the play is here if you must watch:

Kris Bryant just left the game in the 5th after rolling his ankle…on third base. #Cubs pic.twitter.com/Q6MEPv2L60

It doesn’t look horrible, but you know how it can be when an ankle rolls all the way like that, and Bryant’s reaction certainly looked quite bad.

We won’t speculate on how long Bryant will be out until more information is available. It would be surprise if this is not a true injury, though.

UPDATE: The official word is “mild to moderate ankle sprain” for Bryant, which I suppose is better than a blown Achilles or a right-off-the-bat major sprain. That the Cubs, for now, have to leave open that “moderate” possibility will probably not let me rest as easy to tonight as I’d like. The possible time missed for Bryant could be a huge range with a “mild to moderate” sprain, so I’m not sure how much we really know at this point.