The Bottom of the Strike Zone is Shrinking, and Three Cubs Could Feel the Impact Skip to content 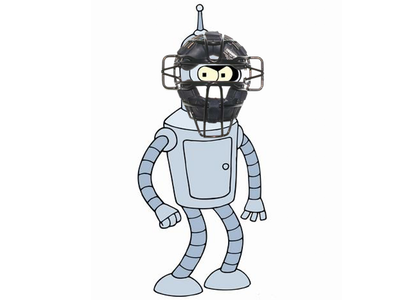 If you feel as if you’re seeing a smaller strike zone, just know that your eyes aren’t deceiving you.

Specifically, the bottom of the strike zone is on the move again. After moving up slightly in 2016, the zone has moved up a smidgen for the second straight season, according to Jon Roegele’s research at The Hardball Times. From 2009 to 2015, the zone was expanding. But the tide started turning with a shrinking zone in 2016, and has continued to get smaller through the first half of the 2017 season.

There is plenty to note from Roegele’s research. For starters, right-handed batters see a larger called-strike zone than lefties. Roegele writes that it’s been that way for a while, but the gap has grown recently. At least the difference between right-handed and left-handed zones has been small, but consistent. Overall, it’s worth pointing out that while the zone has been trimmed, the average runs per game has grown from 4.25 in 2015, to 4.48 in 2016, and was at 4.66 at the midway point in 2017. Walk rates are also up, moving from 7.7% in 2015, to 8.2% in 2016, and 8.5% in 2017.

So, you’re probably wondering how this affects the Cubs. Once again, you’re not alone.

Back in January 2016, August Fagerstrom used Baseball Savant’s PITCHf/x to identify the pitchers most likely to target the lower part of the zone that was on the rise. And over at FanGraphs, Fagerstrom wrote about the biggest (hypothetical) losers who would be negatively impacted by a raised strike zone. His list featured two prominent Cubs: Kyle Hendricks (10.7% of his pitches were in this target area) and Jon Lester (10.5%).

Moving onto pitchers who received the most called strikes in this area reveals another set of familiar names, led by Hendricks (4.3%), Lester (3.4%), and new Cub Jose Quintana (3.4%). These pitchers pounded the bottom of the zone and were getting the calls in 2015.

A year later, things have been inconsistent at best for each of these starters at points during the 2017 season. However, the expected negative impact did not reach any of these starters a year ago, so it’s hard to put too much blame for 2017 on the rising strike zone.

MLB studied the possibilities and possible ramifications of raising the strike zone in 2016, and we discussed possible implications for Cubs pitchers at the time. We also investigated the potential effect a raised strike zone would have on Cubs hitters, who were drawing their fair share of walks. For what it’s worth, the strike zone didn’t change by rule with this most recent Collective Bargaining Agreement. But in practice, things have definitely changed.