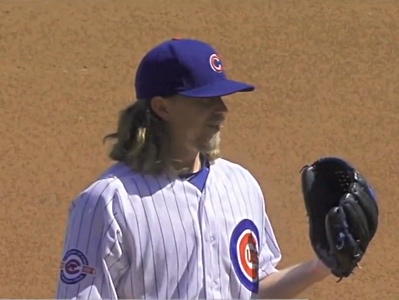 Pierce Johnson briefly made it to the majors in 2017, but for the most this season has not been what we were hoping for. On the good side, pitching as a full time reliever he has appeared in 39 games for Iowa. For a guy with a history of injury problems, that’s not bad at all.

On the bad side, not all of those 39 games were very good. Walks have continued to plague Johnson, and for a time opposing batters were hitting better than .360 off him. That is an ugly combo, and it led to an ugly first half ERA of 5.52.

He is on the 40-man roster, so I think we’ll possibly see him called up in September. And since he has been pitching better lately, Johnson might pick up four or five innings before the end of the month. I suspect the Cubs will mainly use him in low leverage innings, at least for now, but I would not rule out Johnson morphing into a high leverage kind of guy down the road. If he can keep improving his control, his stuff could play nicely in a Major League bullpen.

Iowa had the day off.

Double A: Tennessee Smokies
Montgomery 8, Tennessee 7
The Smokies gave up five runs in the final two innings, and it cost them the game.

Rookie: AZL Cubs
Cubs 3, Padres 2
Cubs got their runs thanks to some Padre errors.