By WAR, Tommy La Stella Has Been as Valuable as Jason Heyward and Ben Zobrist This Year Skip to content 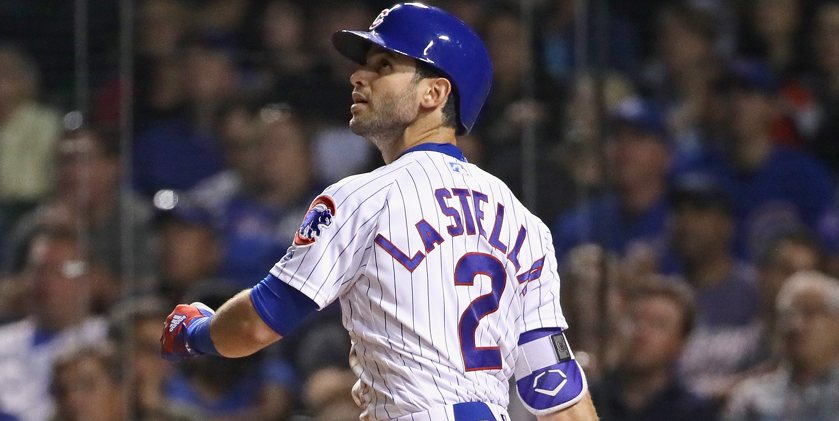 Wins Above Replacement is not a perfect statistic, and everyone in the sabermetric community – including the creators of various WAR metrics – will be quick to tell you that. The necessary incorporation of defensive value (which notoriously erratic in small samples) is a particularly vexing problem.

But, on the whole, we do still believe that WAR is a useful comprehensive measure of player value.

I was perusing the Cubs’ WAR leaderboard this morning at FanGraphs, with no particular goal in mind, and one thing that stood out to me was how valuable bench player Tommy La Stella has been this year. We’ve lauded his bat in recent days, but I think he merits a little extra discussion.

Consider, too, those games and plate appearances numbers for La Stella. Know what they immediately tell me? La Stella has accumulated that 0.8 WAR despite frequently appearing only as a pinch hitter or later-game replacement. In fact, 36 of those 120 plate appearances – a whopping 30% – have been as a pinch hitter. La Stella has started just 19 games for the big league team this year.

La Stella has hit .269/.472/.385 in those pinch hit spots, often high leverage and against a match-up reliever. Among all players with at least 30 pinch hit appearances this year, La Stella’s 143 wRC+ is fifth best in baseball. (That 3 am nickname – he can roll out of bed and hit at 3 am – sure does fit.)

Comparing La Stella’s value against that of Heyward and Zobrist is, in some ways, unfair, since they play regularly – and have played so poorly – that they have had more opportunity to drag down their WAR figures. Of course, the contra to that is that La Stella has done as much as he can with the chances he’s been given.

Kudos to La Stella, and to the value he provides in a unique role for the Cubs.